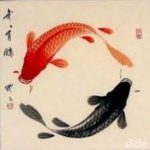 Geobiologists use the Bovis Scale as a common language to communicate about energy levels
of places.

Readings below 6,500 show the presence of geopathy, underground water veins, geological cracks and earth’s magnetic grids, or negative memories, which are harmful to human beings, animals and plants.

Readings above 6,500 are considered health enhancing. Some Vortexes and Power places on earth show extremely high results on the Bovis Scale.

These last years have shown a shift of the average, neutral energy level from 6500 units to 8500 units, probably related to the consciousness shift of mother earth.

The scale itself can be one that you buy.

Or you can draw a straight line graduated with units going from 1000 to 50000, by yourself on a piece of paper or wood.

You can also work on a mental scale, concentrating on the range in your head.

To measure energy level on the Biometer, you need to concentrate on the place, person, substance or object, you want to measure.

Then ask the question: “what is the energy level of this place, person, plant, food or medicine?”

There are two dowsing techniques to get results:

The first one is to give the pendulum a back and forth swing, lengthwise along the baseline, moving progressively along the numbers, concentrating on the object to measure and asking “Is it 1000, is it 2000…?” When you approach the number that is the result, the pendulum will change direction and swing back and forth perpendicularly to the line. The number above which the movement is the strongest is your result.

The Bovis meter many times is also drawn in a radial format like the one below.

Hold your hand above the object that you wish to measure (approx. 10 cm) or if it is a person hold his/her hand.

Hold the pendulum above the outer circle, beginning by 0 point.

Move the pendulum slowly along the line, at a certain point it will turn clockwise.

When you have reached the exact measuring point it will stop circling and go in a straight line, and move back and forth on the number.

If a object or person has a higher bovis frequency than 18.000 point, than hold still for a moment and ask permission to go onwards.

Continue following the outer circle henceforth the number 1.000 is 19.000 etc. When the pendulum makes wide circles than the energy is very intense.